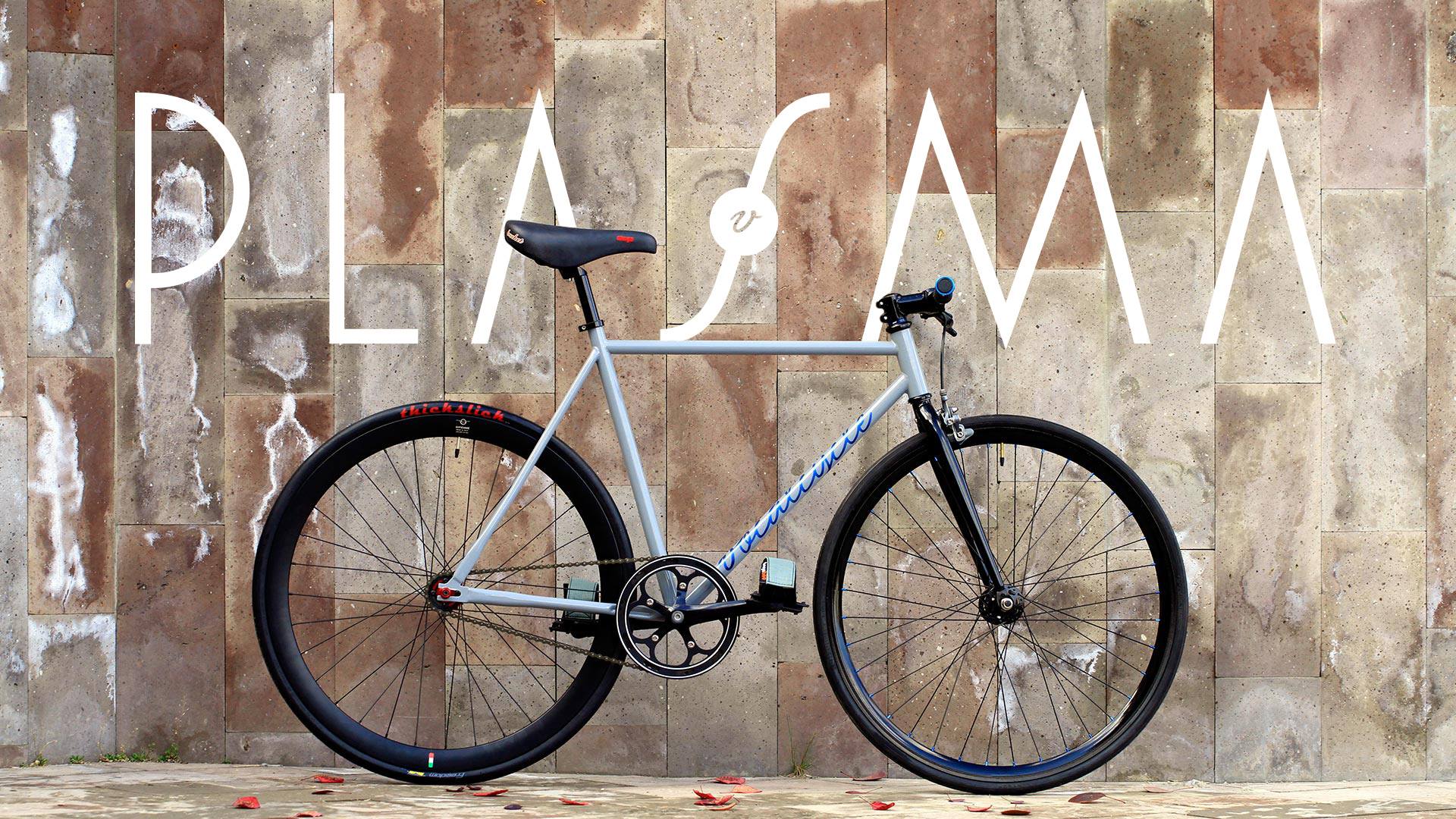 Plasma is the most abundant form of ordinary matter in the Universe. It's formed by electrons and ions which are not linked to each other. These particles' mass and different electric charges cause other electric fields. This is why its behaviour is so complex, and widely researched for a deeper understanding of the Universe.

With the hardly matching colours, the blue and red parts on the grey, neutral surface, with the well-chosen components of manufacturers such as Charge, Sugino, Freedom, Saccon, this bike is a metaphor of the Plasma state.