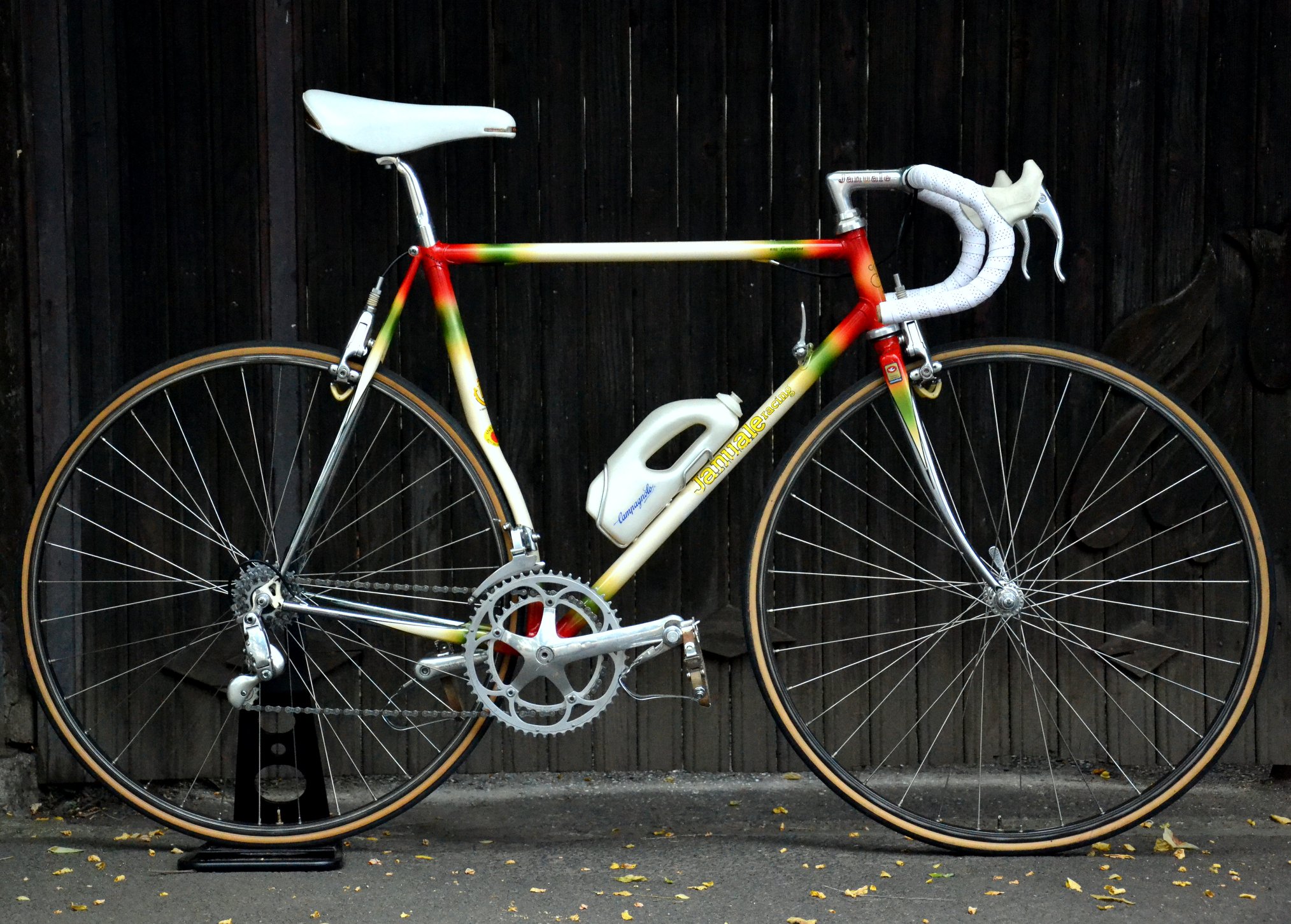 Antonio Januale first opened his bicycle store In Upper Bavaria, Germany in the '70s. Through his Italian connections, the former Italian competitor was the only one to supply the German market in that area. His business quickly exploded and became the official distributor of several Italian brands. In 1984 frame builder Giorgio Lucchini (Gielle) built the bike to express his gratitude to Antonio, the well-performing German dealer for the common successes. That's why "Campione Del Mondo" is engraved in the stem, then painted to Italy's colors.

The bike is built with the high-end parts of the time, the first-generation Campagnolo C-Record set with the notorious Delta brakes. At the time, the factory was convinced that by improving aerodynamics, it could make its competitors faster, so beautifully lined parts were taken out of their production lines. They soon realized that weight was also a very important factor in cycling, so they started to lighten the parts with holes.

Now 81-year-old Antonio Januale says that people nowadays tend to work more to buy expensive bikes and ride less because of the lack of time. 'In those times we only needed two wheels, a pair of leather shoes and an extra tube wrapped around our necks, and we were already riding up on the steep slopes of the Stelvio!'